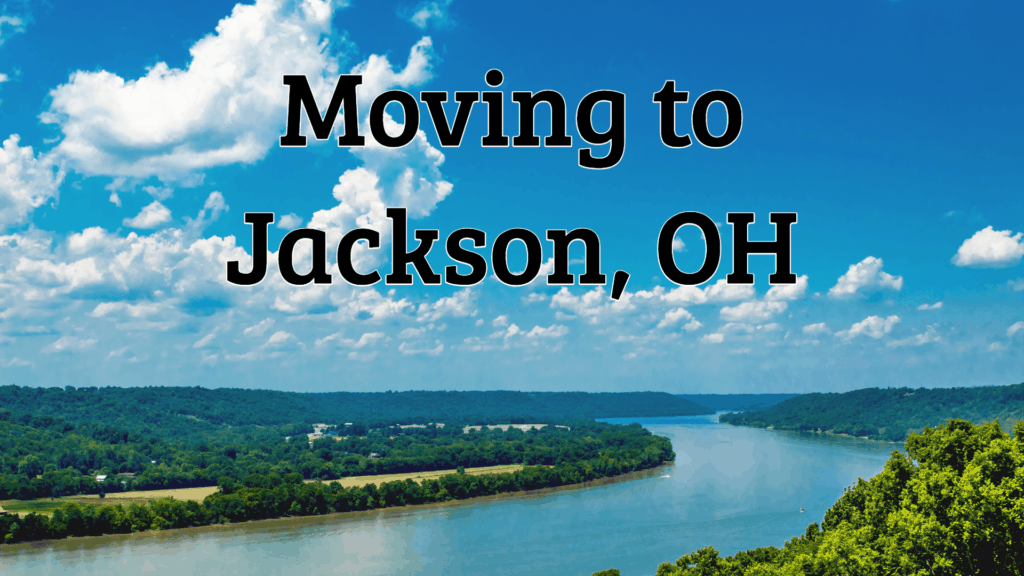 Jackson, OH is a small city about an hour and a half outside of Columbus. The city was first founded in 1817, as pioneer families began moving out west, and grew slowly at first, blooming into a more popular destination after railroad lines started running right through the city. Today, Jackson has a quaint midwestern vibe with friendly, welcoming residents and safe, family-friendly neighborhoods. Wondering if living in Jackson might be perfect for you? Keep reading to find out.

Who Lives in Jackson?

Jackson has a total population of just over 32,500 people. The median age in the city is 40, but the largest age bracket is residents between the ages of 6-17. More than half the people living here are married, and 37% of the population is made up of families with school-aged children.

About two-thirds of locals in the city own their homes, while the remaining third choose to rent instead. The median household income in Jackson is lower than the American average at $43,397, but 22% of the population makes more than $75,000 per year. Poticially, Jackson is moderately conservative, and the city has a majority of Republican residents. The main zip code for Jackson is 45640, and the city’s area code is 740.

Jackson, OH enjoys a full four seasons, with varied weather throughout the year. The average temperature in the municipality ranges from 24-85 degrees throughout the year. Jackson gets about the same amount of rainfall as the average American city, and gets less snow than other parts of the country, with just 19 inches of accumulation during the year. The skies here tend to be overcast much of the time, but the city does get 160 sunny days every year!

The Cost of Living in Jackson 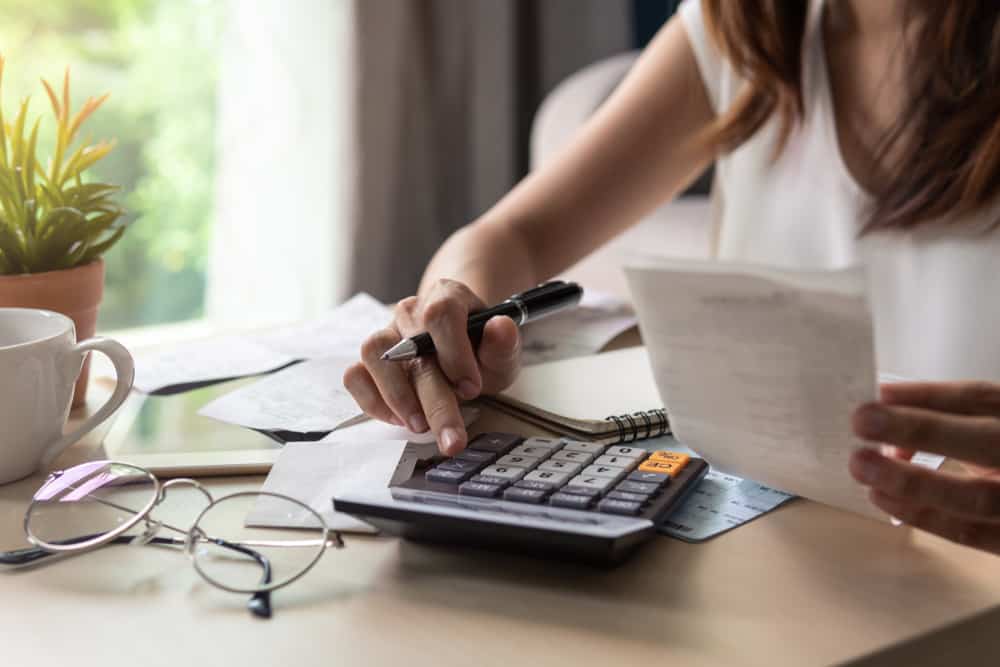 Living in Jackson is a very affordable choice for families and professionals alike. The median home value in the city is just $94,500, which is nearly 50% lower than the national median property value. Renting here is also inexpensive; the average one-bedroom apartment in Jackson costs just $728 per month. Property taxes are also low; most families pay less than $800 per year on property taxes.

Other living expenses in Jackson are similarly affordable. Despite the varying climate, utilities here are 22% less expensive than the national average. Healthcare in Jackson costs less than the national median, as well as the average for Ohio State. Since most families in the city own two cars and commute to work, it’s important to keep an eye on gas prices, which seem on-par with other parts of the country.

Since Jackson is a smaller city, most children living in the area will attend schools in the city’s main public school district. The district includes one main public high schools, Jackson High School, which includes a rigorous curriculum, including several Advanced Placement course offerings. The school also runs a Career Plan program, designed to help students discover their passion and make informed choices about higher education and their careers.

As mentioned before, the median household income in Jackson is low when compared to Ohio and the American average. However, income in the city has been rising year-over-year and saw a 7.6% increase from 206-2017 alone, continuing an upward trend in the local economy! The city itself supports about 13,500 jobs, and major industries in Jackson include Manufacturing, Healthcare, and Retail Trade. 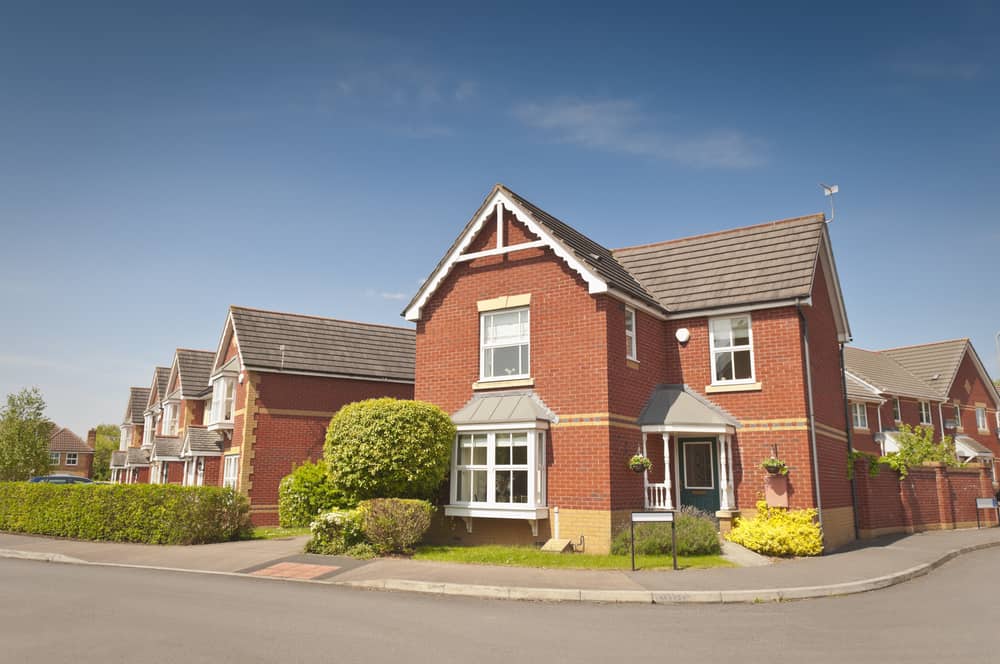 Finding the perfect neighborhood is tough, especially if you’re relocating to a city for the first time. Jackson has three main neighborhoods, each with its own character and smaller subdivisions, such as master-planned housing developments. Here’s what you need to know about Jackson’s neighborhoods:

Things to do in Jackson

What do people in Jackson do for fun? When the sun is shining and the weather is warm, we get outside and explore our city’s beautiful surroundings. If you’re looking for the best things to do in Jackson, here are two we think you’ll love.

Located just outside the city, Hammertown Lake sits on a 1,450 square acre nature preserve, complete with walking trails and covered picnic areas. The lake itself is open for kayaks, canoes an fishing boats, and you can catch a variety of fresh-water fish here, including largemouth bass and rainbow trout! You can get directions to Hammertown Lake here.

Fun fact: A petroglyph is a rock carving, usually left behind from our prehistoric ancestors, and Jackson, OH has one! The Leo Petroglyph is a sandstone slab featuring pictures from Native Americans that were first carved hundreds of years ago. Visiting the Petroglyph gives you a chance to get up close and personal with American History, so be sure to visit as soon as you can!

After a long day moving into a new city, getting food is likely to be on your mind. Jackson has plenty of fantastic eateries, but here are a few of our favorites to get you started.

Arch and Eddie’s is a local hotspot in Jackson for burgers and brews! The extensive menu includes grilled classic like sirloin and juicy half-pound burgers, and the pub atmosphere is perfect for everything from after-work drinks to an evening out with friends.

Looking for the best BBQ in Lake Oswego? Open every weekend, Rowdy’s Smokehouse offers a variety of BBQ favorites, from beef brisket and pulled pork to slow-smoked chicken. Four different BBQ sauces make it easy to fit your meal to your taste, and your spice tolerance!

Some days, you just need some good, old-fashioned pizza. That’s when it’s time to go to LaRosa’s Pizzeria in Jackson! Choose from a variety of pizza styles and toppings– they even have GF pizzas, so the whole family can enjoy a night out.

So, is relocating to Jackson the right choice for you? If your answer is yes, then congratulations! We can’t wait to welcome you into this loving, tight-knit Ohio community. For an easier transition, keep these tips in mind:

If you have more questions about the city or need help moving here, the team at Krupp Moving & Storage is here for you. Call us today at (330) 345-6596 to get started with a free moving estimate.