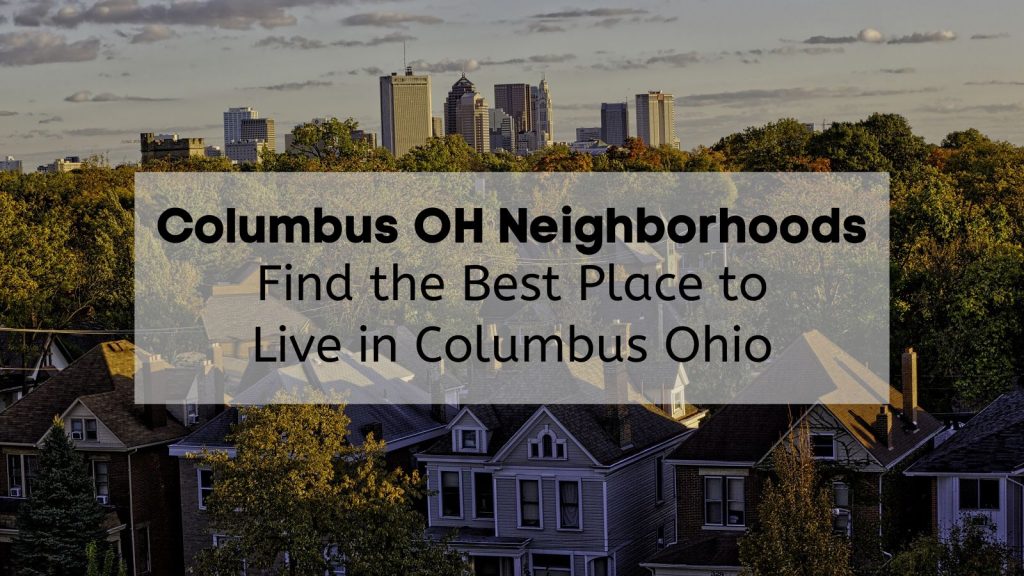 Columbus doesn’t have officially designated neighborhoods, but there are dozens of established communities across the city’s many broadly defined areas. Columbus OH neighborhoods are usually categorized by their area of the city such as downtown, South Side, East Side, Southwest, West Side, Far East, and the University District. Whether you’re looking for a hip, walkable, gay-friendly neighborhood, a quiet and established neighborhood for families, or a fun community close to nature and top attractions, you’ll find a place to love in Columbus!

Here are 11 amazing neighborhoods of Columbus Ohio to add to your short list.

Clintonville – Walkable, Trendy and One of the Safest Columbus Ohio Neighborhoods

Located in the northwest area of Columbus, the large neighborhood of Clintonville connects the northern suburbs with Downtown Columbus. It’s one of the safest neighborhoods of Columbus Ohio with crime about 60% lower than the city average. Residents love the perfect location right next to downtown and Ohio State University with tree-lined streets, riverfront parks on the west side, and a fun mix of boutiques, bars, and restaurants on High Street. The walkability, low crime, and location make it popular with families and young professionals alike!

One of the most bustling Columbus neighborhoods and the center of nightlife, German Village is an exciting destination for young professionals and singles. It’s also one of the best places to live in Columbus Ohio with plenty to offer: very low crime, historic brick homes, and great walkability with pubs, bistros, art galleries, and boutiques to explore. You’ll love the independent shops like the Book Loft of German Village, a must-see destination with 32 rooms crammed with books and great prices.

The crown jewel of German Village is Schiller Park, a large green space with a tranquil fishing pond and playground. The Actors’ Theatre Columbus puts on Shakespearean plays at the theater every summer.

If you’re looking to buy but don’t want to pay the premium for single-family homes in the neighborhood, you’ll find condos with a median price of $275,000.

A post shared by Friends of Schiller Park (@friendsofschillerpark)

Just west of German Village is the smaller Brewery District, the heart of the beer scene in Columbus. This fun neighborhood in Columbus is more affordable than German Village with a younger crowd. The streets are always busy thanks to the neighborhood’s lively music, beer, and dining scene with several music venues and bars in converted Victorian breweries.

The Brewery District has a fun scene to explore along High Street and Wall Street with neat finds like Club Diversity, an offbeat piano bar, Big Room Bar for live music, tapas bars, sports bars, and Shadowbox Live, a café and performing arts venue with sketch comedies and rock musicals.

For culture, art, and entertainment, Short North Columbus is where you want to be. Just north of downtown and short of Ohio State (hence the name), the Short North Arts District is centered on a stretch of art gallery and boutique-packed N. High Street. The walkable and famously LGBT-friendly neighborhood has everything from vintage clothing shops and record stores to cafes and fun bars.

In the southern end, you’ll find the famous North Market Downtown covered farmers’ market and Goodale Park, one of the most visited parks in Columbus. There’s no shortage of amazing restaurants within walking distance like Brassica for Mediterranean fare and casual sandwich shops.

A post shared by Friends of Goodale Park (@friendsofgoodalepark)

The oldest and now one of the most exciting up and coming neighborhoods in Columbus Ohio, Franklinton has transformed from a rundown industrial area into thriving neighborhood with monthly events, live music, and major attractions. The community is just west of Downtown Columbus and the Scioto River and home to the COSI science museum, riverfront parks, makerspaces, and art galleries. Its many artist studios are open to the public for Franklinton Fridays every month with live music while the bars and taprooms draw offer a laidback nightlife.

The community is experiencing rapid redevelopment particularly in East Franklinton along the river with upscale new apartments and public art installations. It’s one of the best neighborhoods in Columbus Ohio to buy a home thanks to very affordable home prices that are likely to go up thanks to revitalization.

Victorian Village, between downtown and Ohio State University, is one of the most charming Columbus OH neighborhoods. If you appreciate unique architecture, you’ll fall in love with this quiet residential area with gorgeous examples of Gothic Revival, Second Empire, and Queen Anne homes built in the decades before and after the streetcar line was built along Neil Ave in 1900.

Victorian Village is also home to the picturesque Goodale Park and within walking distance of North Market and High Street shopping.

Visit the Italian Village Society website to learn more about the neighborhood or meet your new neighbors at a monthly meet-up.

Grandview Heights or just Grandview isn’t actually a Columbus neighborhood; it’s a city and enclave completely surrounded by the city of Columbus. It’s just south of Fifth by Northwest and north of the Scioto River and COSI minutes from downtown.

One of the most desirable developments for renters in the city is Apartments at the Yard, a four-story building surrounded by nightlife, entertainment, and shopping.

Downtown Columbus – Safe, Urban Living & One of the Most Walkable Places to Live in Columbus

While most large cities experience the most crime in their downtown urban cores, Downtown Columbus is actually one of the safest neighborhoods in the city. It’s experienced dramatic revitalization in recent years with droves of young professionals and millennials flocking to downtown. The population has grown from less than 4,000 in 2002 to a projected 13,000 by 2023!

Living downtown comes with gorgeous views, career opportunities within walking distance, and some of the city’s best attractions. Catch a concert at Nationwide Arena, spend an afternoon at the Columbus Museum of Art, or spend a gorgeous afternoon at the riverside Scioto Mile promenade or the Topiary Park.

Downtown Columbus has a wide selection of condos for sale as well as new, luxury apartments. One of the newest additions to the downtown skyline is The Nicholas on High Street with a rooftop pool and lounge, courtyard fire pits and grilling areas, a billiards lounge, and 24-hour fitness center.

Franklin Park is one of the most beautiful areas of the city and widely considered one of the best neighborhoods in Columbus. Found on the Near East Side adjacent to Olde Towne East and South of Main, this large, historic community is best known for the Franklin Park Conservatory and Botanical Gardens for which it’s named. This gorgeous 88-acre park features public art, landscaped grounds, and greenhouses and it’s one of the most visited attractions in Columbus.

The Franklin Park neighborhood was once a popular destination for people in the 1930s to take leisure rides, race cars, and picnic. Today, it features a mixture of modest single-family homes and large estates with many long-time residents. Residential streets are quiet with mature landscaping and well-maintained homes. Every year, a neighborhood holiday potluck called the Jingle Mingle (or just the Mingle) is held in Franklin Park.

Families appreciate not only living next to the Franklin Park botanical gardens but the community’s great schools. The neighborhood is home to the A+ Arts Academy, a private charter, and the Columbus City Preparatory School for Girls.

The historic Olde Towne East Columbus neighborhood on the Near East Side is one of the most affordable neighborhoods of Columbus Ohio with plenty to offer. It’s one of the oldest residential neighborhoods in Columbus with homes dating back to the 1830s. You’ll find more than 50 styles of architecture across about 1,000 single-family homes!

The neighborhood is changing as it becomes a more popular choice for families, particularly young families and first time buyers. This has led to the restoration of the older buildings and new shops, parks, bars, and restaurants opening. Most commercial activity is around Oak Street and 18th Street. Popular local hangouts include HangOverEasy for casual breakfasts and The Olde Towne Tavern, an intimate bar and grill.

Is one of these great neighborhoods in Columbus Ohio calling your name? Give us a call at Krupp Moving & Storage to get started with a free moving quote from our five-star movers! 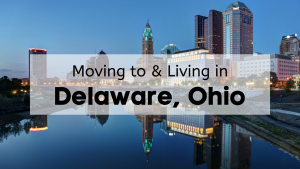 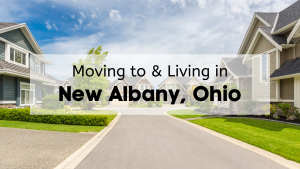 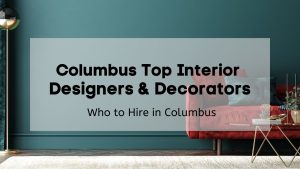