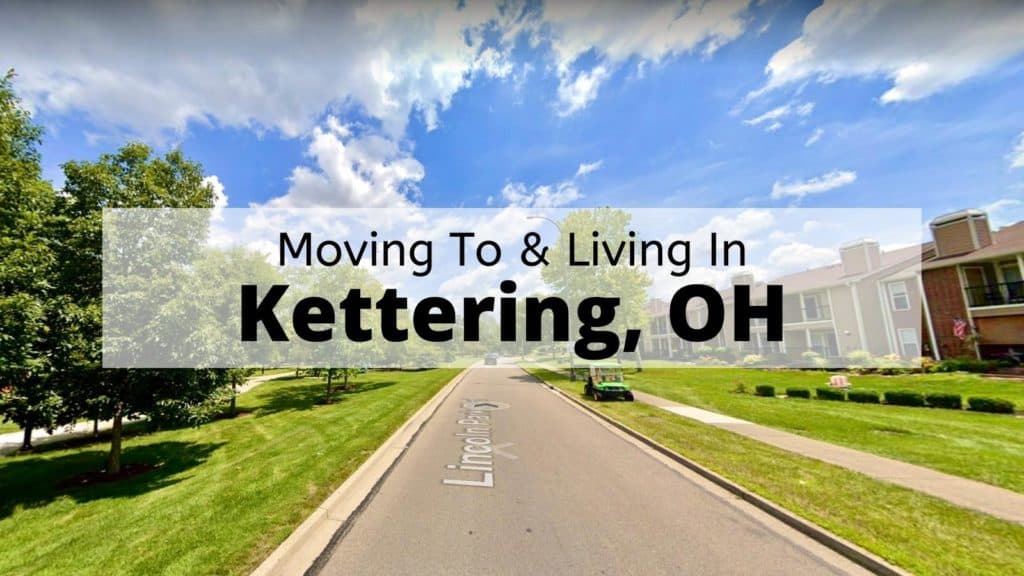 Situated in the glorious Miami River Valley and about 5 miles south of Dayton lives the lovely city of Kettering, Ohio. As a middle-class suburb of Dayton, Kettering is mostly a part of Montgomery county, whereas a small portion extends into Greene county. In the beginning, the city of Kettering was first utilized as farmland for settlers in the late 18th century. In 1841, Kettering was referred to as the “Van Buren Township” and wasn’t populated enough to be called a city until 1955. The friendly city of Kettering is home to a very safe and inviting community that makes for an excellent place to raise a family. Whether settling here for a short time or a lifetime, Kettering will give you proximity to top-rated public schools, plenty of lovely neighborhoods, great restaurants, lots of jobs, and even food drives and volunteer opportunities. Kettering is also the hometown of Richard Black, the mascot creator of Mr. Clean! Named after the eponymous scientist and resident Charles F Kettering, the wonderfully green city of Kettering remains an excellent, amenity-filled city with a short commute time to surrounding cities.

As the largest suburb in Metro Dayton, the city of Kettering utilizes a council-manager structure of government. Kettering has a median age of 39.3 and a population of 57,862 according to the United States Census Bureau. The steadily increasing median household income in Kettering is currently at $58,970 which is just $2,368 above the state average. Over the last year, Kettering has experienced a 7% job market increase which should be useful for the 3.9% unemployed.

Kettering’s racial demographics are mildly diverse with Caucasians making up 89.78% of the population whereas African Americans and Asians make up 4.22% and 2.48%. The female population in Kettering is 51% which leaves a remaining 48.21% for the males.

With the crime rate well below the average US city, Kettering provides a very safe and inviting atmosphere. According to the FBI, Kettering has a crime rate of just 1,546 per 100,000 residents which is around 35% less than the state average. The majority of crime that occurs in Kettering is property crime which means that installing a house cam or re-watching Home Alone should do the trick. Even in the worst-case scenario, you can depend on all 80 sworn officers of the Kettering Police Department for protection.

Cost of Living in Kettering, OH

Given the cost of living is over 16% below the national average, Kettering, Ohio is decently affordable for all that provides. Kettering’s sales tax rate is 7.3% whereas the income tax rate sits at 5.5%. If you’re hoping to buy some property, Redfin has the median house price in Kettering at $190,917. On the flip side, Kettering’s average rent is currently $1,001– just slightly less than the state average.

Below is a list of Numbeo’s everyday expenses in Dayton, the nearby surrounding city. With that being said, the prices below may slightly vary from the exact prices in Kettering.

Kettering, OH Neighborhoods | Where to Live in Kettering

The middle-income city of Kettering consists of several neighborhoods with well-maintained roads, parks, and excellent shopping areas. If you’re looking for an area with a highly-rated country club, Kettering’s city center provides residents with walking distances to the nationally renowned golf course as part of the Moraine Country Club. If you go about 4.5 miles south, you’ll bump into the park-loving neighborhood of Beavertown– home to the remarkable Delco Park!

All areas provide about a 5.5-mile distance from Kettering to Dayton. For those seeking an even larger city, you’ll be on the road for 50 miles south to get from Kettering to Cincinnati. Whichever neighborhood you choose to live in, all areas in Kettering are bound to serve you with ideal commute times and amenity satisfaction. If you’re wanting to purchase a house, take a look at some of the online home listings in Kettering, Ohio.

If relocating to Kettering, you can expect the average day to be mildly cool with a light breeze. Kettering experiences snowy and cold winters with lows of 22 degrees Fahrenheit, and warm and somewhat humid summers with highs of 85 degrees Fahrenheit. This makes for the perfect weather for residents to take a dip in the numerous nearby outdoor water parks! You’ll get plenty of vitamin D during the 180 days of sunshine in Kettering, and use out of your umbrella throughout the 41 inches of annual rainfall. On the contrary, Kettering’s gets 19 inches of snow per year. With the spring, summer, and early fall as the most pleasant seasons, the top months to visit Kettering, OH are in September, May, and June.

Things to Do in Kettering, OH

Kettering offers a wide variety of shops, parks, and pools to go around. If you’re looking to spend some cash, you’ve got the Town and Country Shopping Center to keep you busy! Check out some more fun things to do in Kettering below!

The Fraze Pavilion is an outdoor 4,300-seat amphitheater in Kettering and is an excellent place to go out and jam with friends! This incredible entertainment venue hosts several popular American artists and features iconic summer concerts that you can’t miss out on!

Looking to escape into the soothing essence of nature? Allow all 63-acres of the Hills & Dales MetroPark to do the job! From wetlands, to wildflowers, to beautiful creeks, this picturesque park is sure to make your day a memorable one!

All 4 recreational facilities and 21 phenomenal parks across 350 acres in Kettering are managed by the city’s Parks, Recreation & Cultural Arts Department. If you’re looking for fun activities to participate in, you can check out the city events here!

This local and family-owned restaurant in Kettering features organic meals throughout the day as well as mouth-watering desserts such as key lime pie and vegan carrot cake. Along with excellent hospitality and service, this quaint and cozy diner is sure to keep you coming back!

The Sea Jax Tavern is a laid-back and locally sourced bar and grill that offers fresh food and craft beer. Their casual atmosphere and delicious burgers are bound to please the whole family!

Discover more places to eat and things to do with the map of Kettering below!

According to Payscale, Kettering has a median base salary of $62,000 and an average hourly rate of $15.87. With technical, educational, and medical positions being the most common throughout the city, some of the top employers in Kettering are Reynolds and Reynolds Company, Kettering City Schools, and Kettering Medical Center. If you’re on the lookout for work, check out some online open jobs in and around Kettering, OH.

If you’re seeking to commute to an even larger city than Dayton, the distance from Kettering to Cincinnati is about 50 miles south which is about a 50-minute drive.

All 12 of the top-rated schools in Kettering are supported by the Kettering City School District. Some of the city’s best schools include Kettering Fairmont High School and Kettering Middle School.

Whether or not you’re a student of the Kettering College, you’ll have the Kettering-Moraine Public Library as a perfect option for reading or studying. If interested in additional colleges, Kettering also has several universities just a few miles outside of its borders.

Kettering, Ohio of Montgomery and Greene counties has a land area of 18.73 square miles and a population density of 2,918 people per mile. The city of Kettering has an elevation of 1,007 feet above sea level and the zip codes range from 45409 to 45459. With an area code of 937, Kettering is within the Eastern Standard Time Zone.

Tips for Living in Kettering, OH

If you’re hoping to relocate and live in Kettering, Ohio, Krupp Moving will make your move smooth and stress-free! Our professionally trained team and top-rated Kettering moving services will help you take that first step! Just reach out to us at 330-345-6596 to get started!