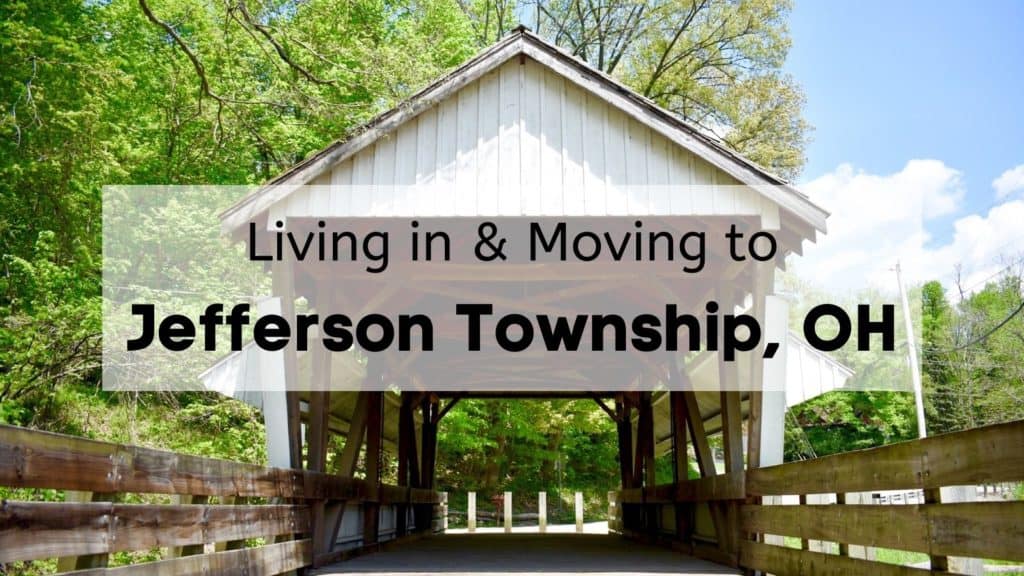 Located in Ohio’s Franklin County, just north-east of Columbus’ main metropolitan area, Jefferson Township is an amalgam of several different communities united under one of Ohio’s unique township local governments. The first settlements in the area by Europeans were established some two hundred years ago, in 1803, but the Adena people used to live in the area, leaving behind their unique mound constructions that continue to be found to this day within the proximity of the township. Nowadays, Jefferson Township is known as an affluent suburb of Columbus with a bustling and unique community.

Jefferson Township has a population of 11,086 distributed over 15 miles at a population density of about 730 people per square mile. The median age here is 34.4 which is about 10% lower than the Ohio average of 39.4. The median household income in Jefferson Township is $77,143, which is just about 1.4 times the average household income for the state of Ohio, being $56,602.

It can be difficult to understand what abstract cost of living percentages and trends mean, so take a look at everyday expenses you can expect to pay while living in Jefferson Township, provided by Numbeo.

Jefferson Township’s unique organizational structure means it’s actually around six distinct towns or communities wrapped up into one, meaning there’s a variety of individual communities to pick and choose from. Check out some of your neighborhood options below:

Jefferson Township, all strange organization aside, is a fairly typical suburb, with exception to annexations and odd local organization resulting in some areas of the township being totally disconnected from the others, like islands, or being separate communities altogether. For instance, the unincorporated community of Blacklick is located in the south of the township, while the northern portion of Jefferson Township is bordered by Plain Township.

If you want to make yourself a part of any of these communities, you should check out the latest listings for homes for sale in Jefferson Township, OH.

Ohio is a state with a climate centering around the Great Lakes, which means a good bit of rain and snow during the summers and winters. You can expect lows of 21 degrees Fahrenheit during the winter months, and highs of 85 degrees Fahrenheit during the summer months. Jefferson Township experiences slightly more than the average amount of rainfall when compared with the rest of the United States, with 40 inches per year as compared to 38 inches. Meanwhile, Jefferson Township experiences 22 inches of snow yearly, as compared to 28. The best times to visit Jefferson Township, in terms of comfort rating, are June and September.

Things to Do in Jefferson Township, OH

Jefferson Township’s proximity to Columbus provides plenty of opportunity for fun and dining, but you won’t have to leave town to have both! Check out shopping centers nearby like the Shoppes at East Broad for all your shopping needs! You should also check out some of the best things to do in Jefferson Township, OH below:

Founded on an 18-hole golf course designed in 1992, the Jefferson Country Club is a spacious establishment with all the amenities you would typically expect out of a country club. An excellent diner, plenty of lounging space, and excellent golfing await you here!

Alongside its host of things to do, Jefferson Township is also home to plenty of great eats! Check out some below:

The Barn at Rocky Fork Creek

A beloved favorite of Jefferson Township locals, and for good reason! Serving excellent steaks and seafood in an upscale environment, with a bar with a specialization in bourbons, the Barn is a popular stop for nights out.

Jefferson Township has access to excellent school districts like Gahanna-Jefferson City School District, with over half the schools contained within rated “Above Average” by Greatschools. Some highlights in terms of local schools include Chapelfield Elementary School, Gahanna South Middle School, and Lincoln High. You can rest easy knowing your child will have access to excellent education during your stay in Jefferson Township!

Students and others in Jefferson Township will enjoy the libraries and are served by the Gahanna branch of the Columbus Library.

Those planning on making a living in Jefferson Township should know that wages and cost of living have been relatively static, according to Payscale. The most popular positions of employment are Laboratory Supervisor, Financial Analyst, and Accounting Clerk. he most popular employers in Gahanna, OH are American Electric Power and TRC Companies, Inc. The average salary for a worker in Jefferson Township is $58k a year, while the average hourly wage is $15.87.

Explore Jefferson Township’s large variety of things to do, places to eat, and more with this map!

Ready to take that last step and start your journey to making Jefferson Township your new home? Give Krupp Moving a call at 614-852-4035! Our crew of highly-trained professional Jefferson Township movers will ensure your move is a stress-free process at affordable rates! Call now or fill out our online form for a free quote!