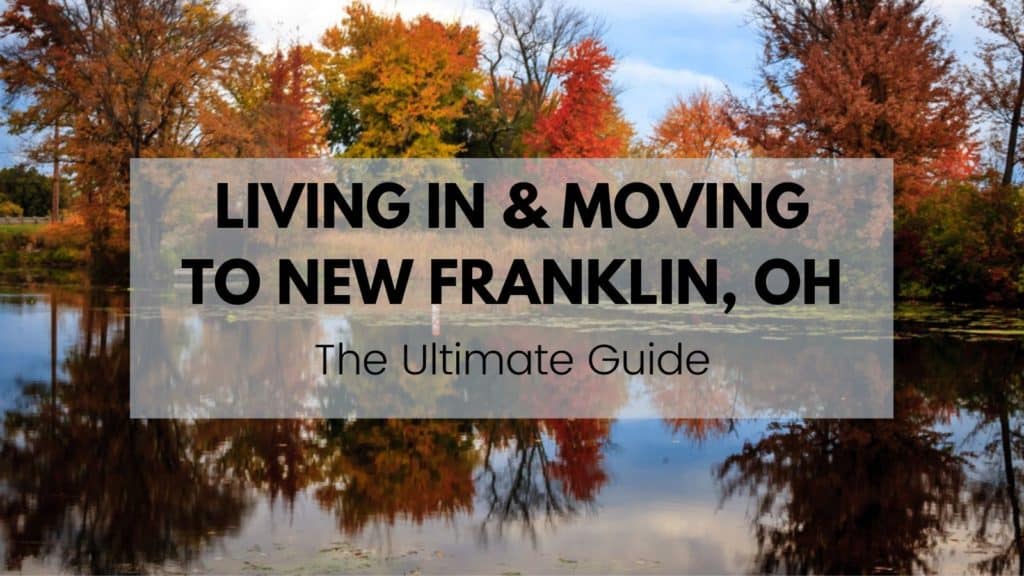 Just outside of Hudson, OH is the young town of New Franklin. Filled with gorgeous green trees and rural feel, New Franklin is known for being one of the safest cities in America. It became a city in 2006, and since then it has blown up in popularity and the number of people living in New Franklin. Some of the notable people in New Franklin include Rob Dyrdek and George Sisler. Whether you want sprawling land or a tight-knit community, you can find it all in New Franklin.

New Franklin is a place where you will experience all four seasons. The average temperature in New Franklin is 33°F in the coldest month, which is January, and 83°F in the hottest month, which is July. You can also expect quite a bit of rain thanks to the New Franklin climate. August is the least rainy month with an average of seven days of rain. March, April, May, and December are the wettest months with 11 days of rain. However, in November through March, the rain is usually snow.

Things to Do in New Franklin, OH

Whether you’re looking for fun things to do with kids in New Franklin, or you want parks and landmarks, we have you covered. Check out the most popular New Franklin attractions below:

Go back to the past in this 1950s style drive-in theater. With current movies and specials that play throughout the year, you can kick back and relax while bringing your whole family. This is one of the top things to do in New Franklin with kids, and the theater always has an audience. However, it doesn’t get too crowded, so you won’t have to deal with that post-movie traffic.

When it comes to outdoor activities in New Franklin, you have to check out the beach park! With gorgeous water, boating, water skiing, swimming, and relaxing, this is the place to go when you need a day at the lake. It gets busy, so you’ll want to secure a spot early in the day if you’re going for a few hours.

If you’re moving to New Franklin, you need to know of the best local eateries to check out! Here are the top-rated New Franklin restaurants for you and your family to eat at:

After a day on the lake, this is the New Franklin restaurant to go to! With burgers, wings, beers, and more, you’ll fill up your belly after a long day. With over 1,000 positive reviews on Google alone, it’s clear that this local favorite isn’t going anywhere.

This is a New Franklin brewery with delicious food and craft beers. Perfect for a date night out or a dinner with friends, this is an adult restaurant that has grown to be one of the best New Franklin has to offer.

Many are migrating to New Franklin thanks to the great schools districts that take in this town’s children. Some of the most popular New Franklin schools are Nolley Elementary School, Manchester High School, and Manchester Middle School. Private schools in New Franklin include St. Augustine School and Mayfair Christian Schools.

If resettling in New Franklin is right for you, give Krupp Moving a call. We’re the best New Franklin moving company to help you get where you need to be!