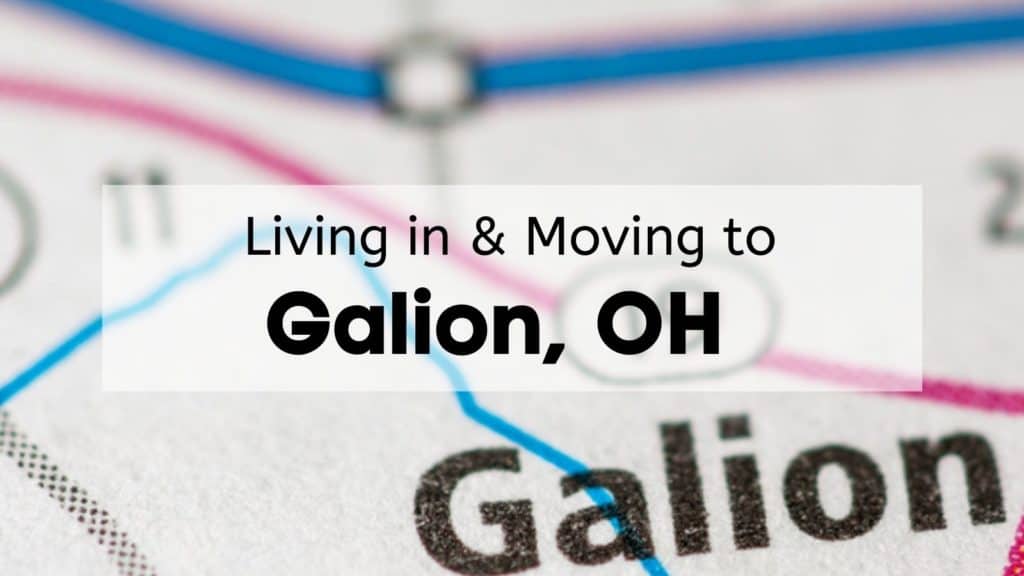 Galion, OH is a city in Crawford, Morrow, and Richland Counties. The Olentangy River runs through Galion. Galion was established in 1831. Galion is the home of The Galion Graders, a member of the Great Lakes Summer Collegiate Baseball League for college athletes looking to improve their skills. Every year Galion hosts two major festivals: The Oktoberfest and the Pickle Run Festival. The Erie Railroad also ran through Galion and established large rail yards here, making the city an important rail center in the 1850s. Galion was once home to North Electric Company, a prime supplier of telephone switching systems for government and international markets. The North Electric Company also produced the Ericofon, the first one-piece telephone. Notable people from Galion include radio personality Robert W. Morgan and professional football player Bob Schneckler. Those living in Galion experience a laid back culture.

Galion is located in the southeastern corner of Crawford County. Galion’s area code is 419. The zip code in Galion is 44833.

Galion is seen as an affordable city when you compare the cost of living to the Ohio average. Galion is 21% less expensive than the national average and 11% cheaper than the rest of Ohio. The average price of a home in Galion is $135,000 or $96 per square foot. Home prices in Galion are trending up by 62.7% per year, so now is the best time to buy one of the many houses for sale in Galion, VA before prices rise.

Fortunately, there are other essentials besides housing that are much more affordable in Galion. Healthcare in Galion is 14% cheaper than the Ohio average. Utilities are around 16% cheaper than they are for the rest of the nation. Groceries are about 3% more expensive and transportation is about 8% less expensive than the national average. For other common items in Galion, you can anticipate paying around these prices:

Galion is made up of 5 constituent neighborhoods: Iberia, Route 19 / TWHY 44, City Center, Middletown, and Route 97 / Millsboro Rd. Iberia is the largest neighborhood in Galion and makes up the southern part of the town. It is primarily made up of medium-sized to small single-family homes and mobile homes. In the Route 19 / TWHY 44 area, located in northeastern Galion, you’ll find medium-sized to small single-family homes and small apartment buildings. City Center is right in the heart of Galion and stands out as having one of the highest concentrations of historic residences in the nation. Middletown is peaceful and quiet, has above average safety rating compared to other neighborhoods in OH, offers a wide range of housing options, and ranks high as a retirement living neighborhood in Ohio. In the Route 97 / Millsboro Rd area, you’ll find small to medium-sized single-family homes and apartment complexes/high-rise apartments. The crime rate in Galion is lower than Ohio and the National Average making Galion a safe place to live.

If you’re looking for the typical four-season climate, then Galion has the perfect climate for you. In Galion, the summers are warm, the winters are freezing and windy, and it is partly cloudy year round. The temperature typically varies from 19°F to 82°F and is rarely below 2°F or above 89°F. Galion’s rainfall averages 40.5 inches a year. It snows in Galion on average 33.3 inches a year, above the national average.

Things to Do in Galion, OH

There are plenty of fun things to do in Galion. With many parks and green spaces for the kids and interesting museums for date night, here are the top attractions in Galion to check out:

Ever wanted to know the history of Galion? The Galion History Center is filled with historic relics that are important to the town. They also do themed tours based on holidays, so this is the perfect spot to take kids in Galion.

Whether you need a spot for the dogs to run or a playground for the kids, you’ll find it at Cobey Park! This is a favorite attraction amongst those living in Galion thanks to the beautiful scenery and kid-friendly features.

Additional Things To Do In Galion

When it comes time to grab a bite to eat, have no fear. There are plenty of great restaurants in Galion! Check out the local favorites for eateries in Galion below:

At Phil’s Deli, you can create your own perfect sandwich by choosing from over 100 varieties of deli lunch meats and over 100 varieties of cheese, many from Ohio’s Amish country. They carry Nickle’s Breads and Buns to complete your sandwich with your meat and cheese selections. Add in chips, candy, snacks, spices, and fresh seasonal produce because Phil’s has something for everyone. Phil’s also offers box lunches for your business, organization, or meeting. Phil’s is a Galion eatery for the family.

Granny’s Kitchen is family-owned and operated offering you that personal touch you’ve been looking for. Everything is fresh-cooked and baked in the oven or on the stovetop every day just the way grandma did it. They use fresh produce and top-quality meats! Their goal is to make all of the customers happy. If you’re looking for the best breakfast restaurant in Galion, it’s Granny’s!

The median household salary in Galion is $34,774. The city currently employs 4,249, which is a 4.68% growth from last year. The majority of jobs found in Galion are in production, office & administration, support, and management. The highest paying industries are computer & Mathematics, health diagnosing & treating, other technical occupations, and healthcare practitioners. You can click here for Galion Indeed jobs. Galion residents have an average commute of 22.6 minutes, which is a bit shorter than the national average. Galion is about an hour and 22 minutes away from Columbus, OH, the closest big city. Many people also commute to Mansfield for work. If this is what you plan to do, click here for directions from Galion, OH to Mansfield, OH, which is 17.4 miles away.

One of the many reasons people move to Galion is for their fantastic schools. The most popular schools in Galion are Northmor Elementary School, Northmor High School, Galion Middle School, and Galion High School. There are also plenty of good private schools in the area around Galion, including St. Joseph School, St Mary Catholic School, St. Peter’s Elementary School, and Mansfield Christian School.

Ready to call Galion your new home? If so, you’ll want assistance from the best Galion moving company to help get you there! Our employees are devoted to getting you that stress-free move you’ve been searching for. Call Krupp Moving today at 216-641-6677 for a free quote!